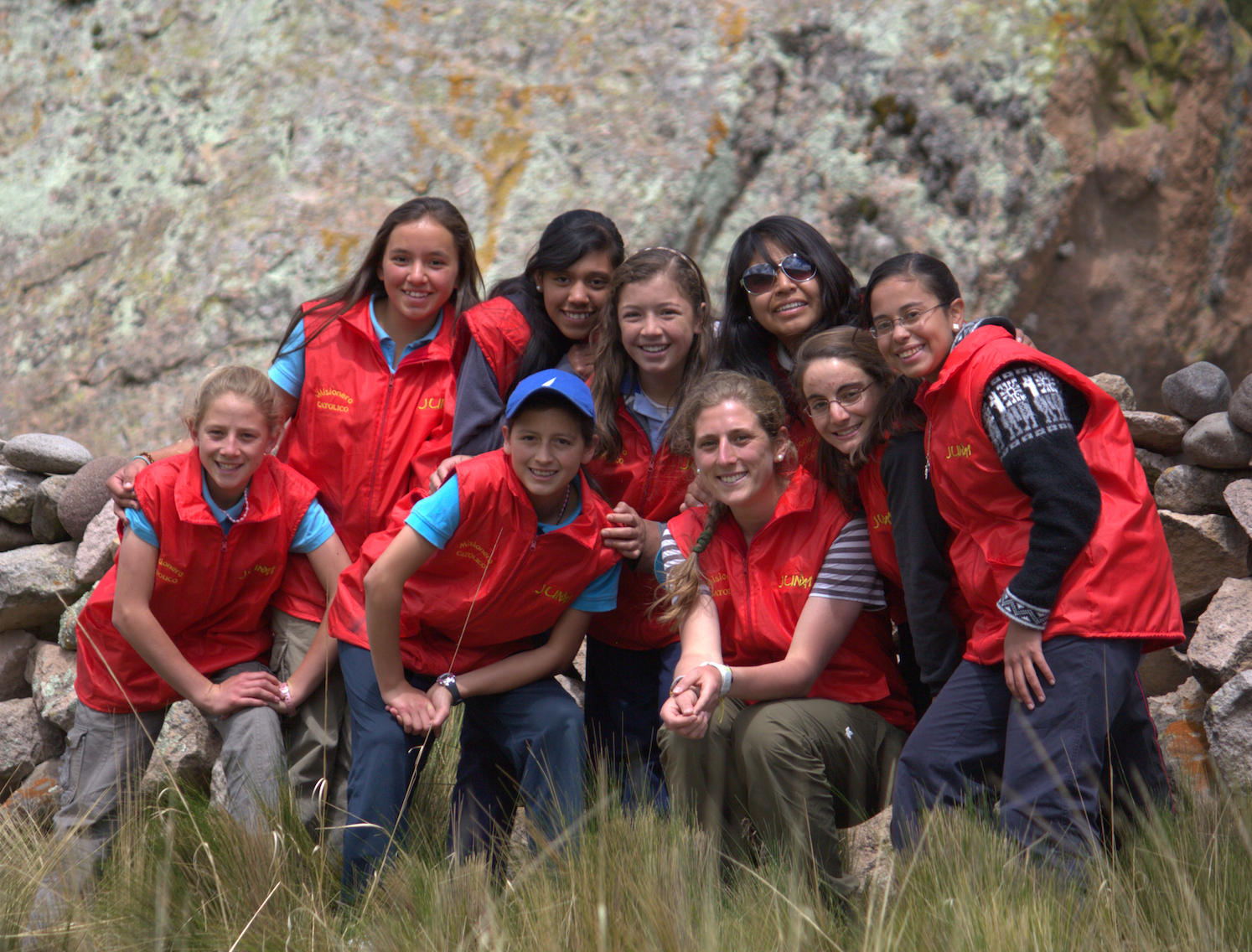 A year full of blessings 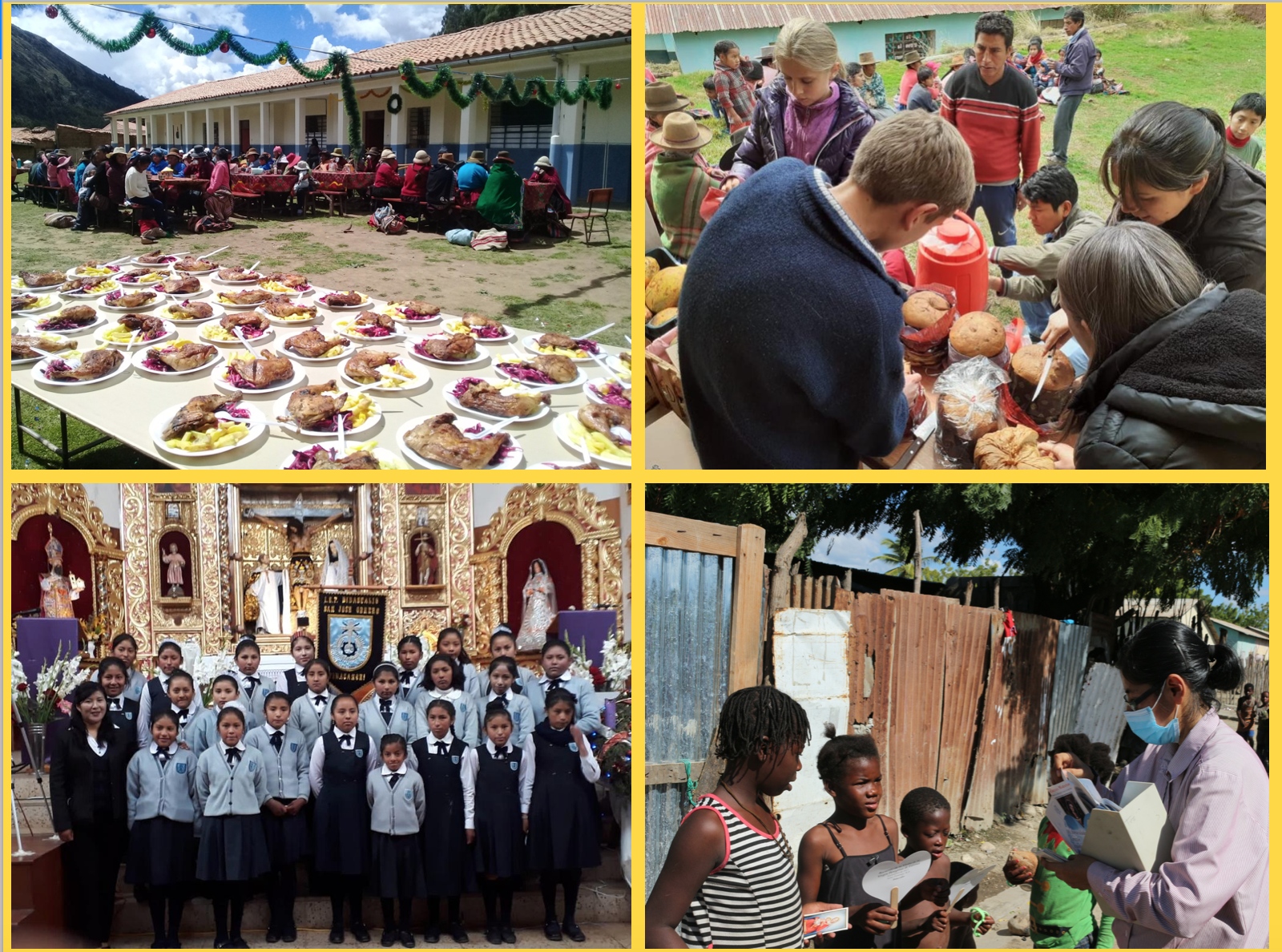 The end of the year is almost here. It’s inevitable to look back and remember all that we’ve lived through and received.

We give thanks for all the blessings we’ve received and the work that was accomplished: #GivingTuesday Campaigns allowed us to support 1,600 people in eight soup kitchens in Venezuela; food was distributed each month to 20 families in Santiago de los Caballeros, Dominican Republic; 270 children were sponsored in Peru and the Dominican Republic through the Sponsorship Program; and there was the distribution of 1,200 meals to children and elderly people in rural communities, through the soup kitchen network in Cusco, Peru. Other projects include the following:

With the support of volunteers and donors, in August, PRODEIN NON-PROFIT sent a 40-foot container ship to Peru to support mainly rural communities. In November, 11 boxes containing 700 pounds of food and medicines were sent to the Dominican Republic and Venezuela.

In Peru, we've supported the missions of the “Hermana Josefina Serrano” Hospital. With generosity and dedication, doctors and volunteers provided medical attention to the rural communities in Cusco on several tours to different towns during the critical months of the pandemic, attending almost 60 patients daily. More than 1,000 people have access to medical consultation for free and ultrasound tests.

In the city of Cusco, we've supported the implementation of a field hospital that provides medical attention 24 hours a day, as well as the acquisition of an x-ray digitizer to detect diseases, mainly pulmonary.

Another important accomplishment is the remodeling of 70% of the first floor of the “Hermana Josefina Serrano” Hospital: They’ve established three more practices for family and internal medicine and a gynecology office, as well as the remodeling of the nursing room and dental office.

The education, a development tool

Due to the pandemic, many children and young people in rural areas lacked the technological means to access remote learning, and were in danger of being left alone and without education.

With the support of the sponsors, teachers and volunteers, they were able to move to different rural areas and bring them guides, activities and other resources they used for their formative process.

Also, PRODEIN NON-PROFIT contributed to the acquisition of 20 blackboards for the school “Santa Teresita del Nino Jesus” in Lomas de Zamora, Argentina, and the conditioning of different areas of agricultural and rural training of the center. Read more...

When we believed this would be a complicated year to obtain resources and ship containers and aid to support different projects—a year in which the annual raffles, the Campaign Against Hunger, the Charity Lunch, etc. were suspended—once again, God has shown us He is the Owner of the History, and His Providence keeps acting in the world and never leaves behind those who are most needy.

We appreciate the donors who continued to collaborate and support the programs and campaigns of PRODEIN NON-PROFIT. We appreciate the volunteers, who with their interest, asked us to organize the shipment of a container to Peru and didn't stop to do good, despite all circumstances. Their passion and dedication made the shipment happen, as well as the delivery of food to families in New York and New Jersey during the darker months of the pandemic.

Without this group of collaborators and volunteers, it would not have been possible to carry out Fr. Molina’s mission, which is to deliver the tenderness of God's love to all broken hearts. A very big THANK YOU to everyone!

This new year we count on more charitable souls like you. Don't get tired to do more good. Would you join us?

See Where You Can Help | Dónde Puede Ayudar